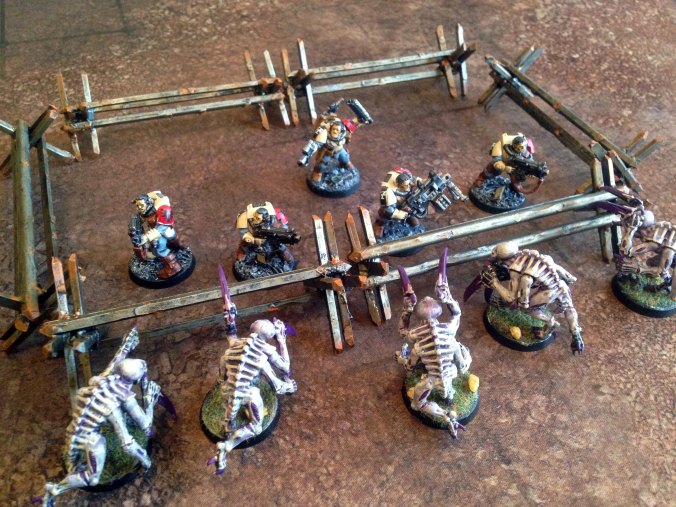 Terrain generation continues unabashed, with one eye on what is required for the upcoming Taros Campaign. As the to-do list for that project grows exponentially, I have managed to keep on the case and cracked out a bit more scatter terrain – this week, barricades!

For me, the most wasteful part of the hobby is sprues. Sure, I get why they exist, and I get that they are fairly efficient as injection plastic molding goes (as efficiency = profit for GW they have a vested interest in making this so too) but it has always seemed like a shame to just shove them in the recycling and hope for the best.

So for a long time now I have been holding onto them, with the intention of doing… something. I was never really sure what, except that it would probably require the long straight bits and lots of them. So I started hording them, until the pile became so out of hand that I had to make a start at SOMETHING at least. And so I plumbed for some barricades

1: Get some sprues. This should not be a problem for most hobbyists. If you have none, report to your nearest Warhammer store and hand over your wallet to a member of staff. They will see to it that you are thoroughly stocked with sprues, and will chuck in some miniatures for free. 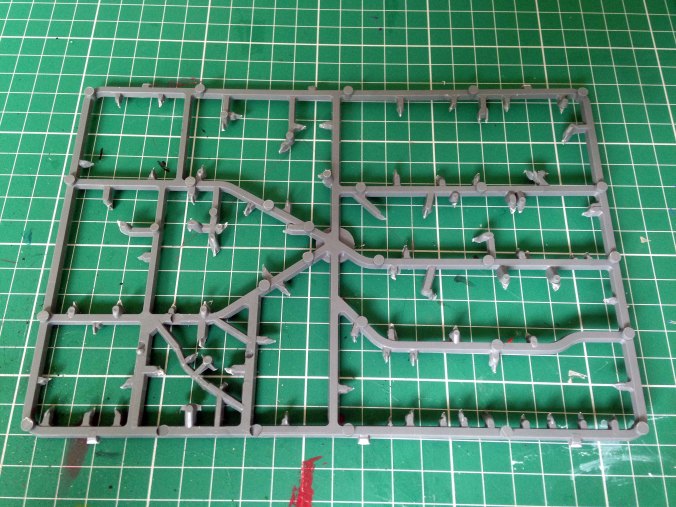 2: Cut the longer straight bits out, we are going to need these for the barricades themselves. We need three long ones and six shorter ones – actual length to be decided by you, but mine are 5cm long and 15cm long. All the little bits that you shave off to make them straight I generally keep in a separate tub for basing/rubble on terrain. 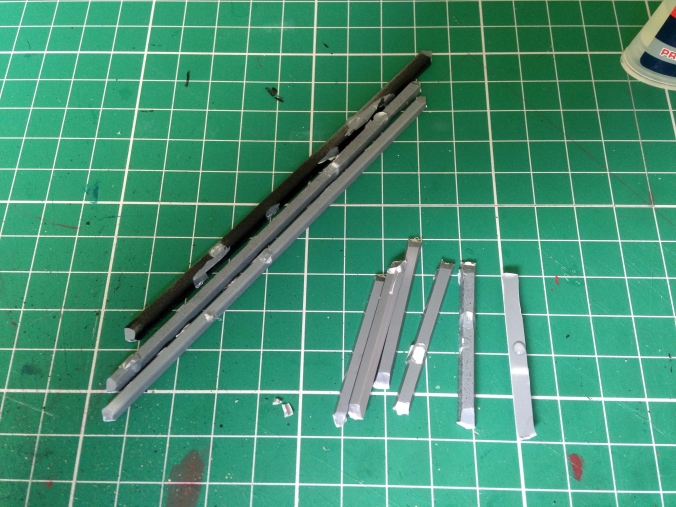 3: Stick the shorter ones into X shapes (the central one at a right angle to two others on either side), which will form the legs. Then stick the longer ones between them to form the barricade. I find using blue tack to keep the whole thing steady while the glue dries an excellent way to avoid throwing it all against the wall in a sticky mess through frustration when it falls over for the umpteenth time. 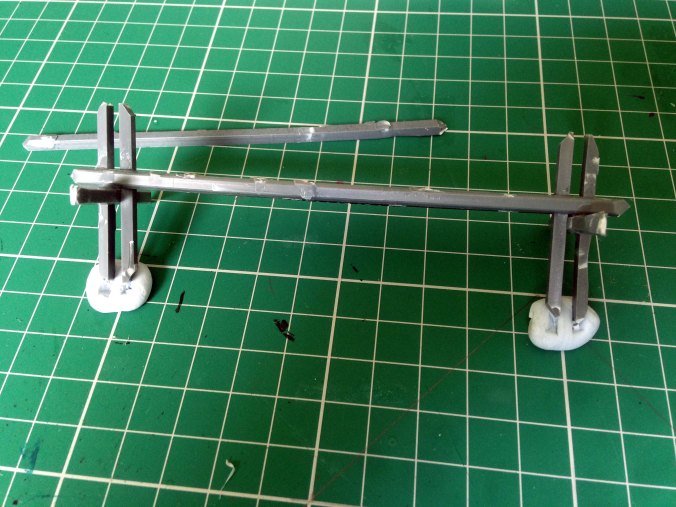 4. Once dry, prime black and give a cot of leadbelcher. Then lashings and lashings of seraphim sepia. 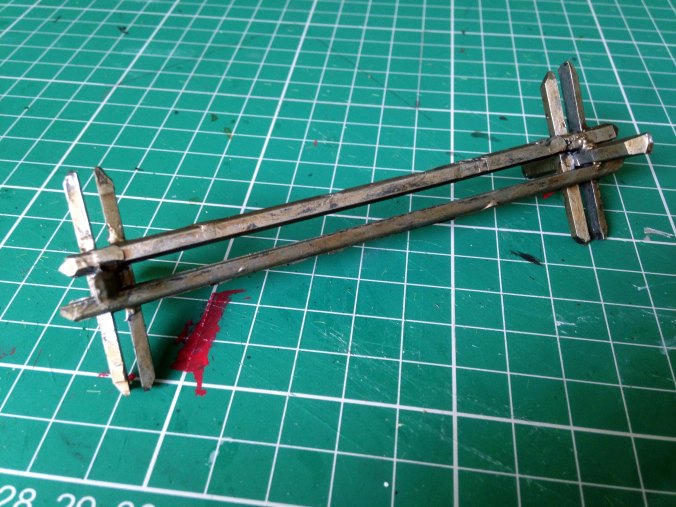 Finally, for extra points, add some Ryza rust. Then add loads more. And finally a bit more – this is 40k after all, understatement is not a thing here. 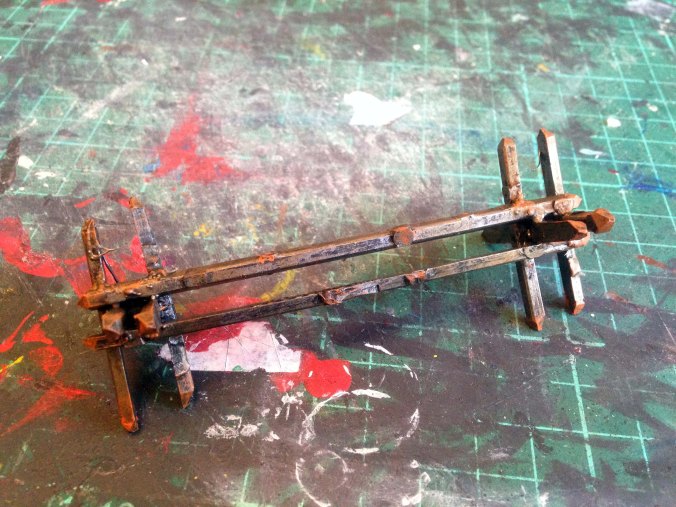 And of course, if you are going to go to the effort of making one, you might as well do six. 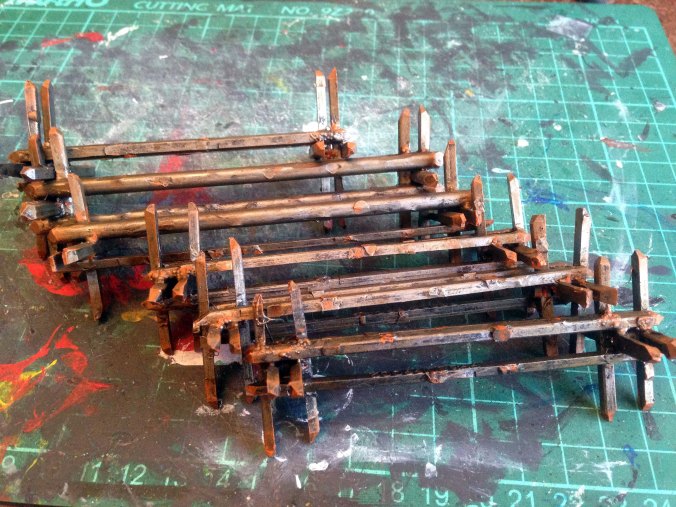 And finally, sprinkle with a shower of badly painted figures for scale, preferably while making pew! pew! noises. 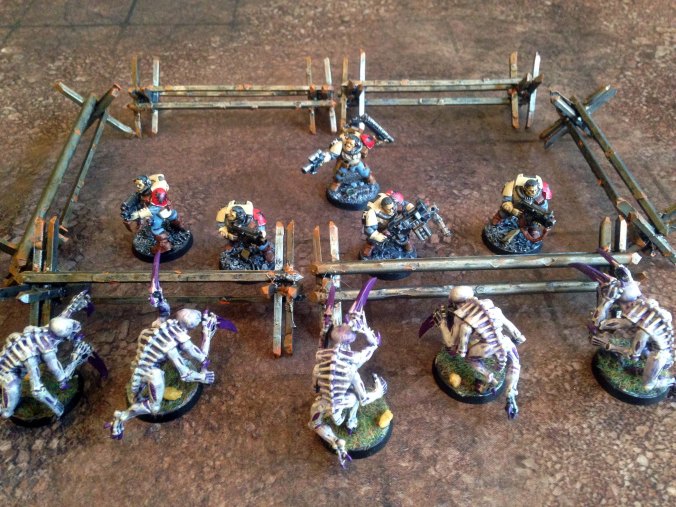 And there we have it, some more cheap as chips scatter terrain to done! Another big fat stamp for my 2017/18 Hobby season attained!