Another round up of my articles over on Creative Twilight.  As promised, a  better effort this month has seen me bang out a mighty four articles! Mwahahahah!  Eat your heart out BoLS!

OK, so not really that impressive as this is pretty much the minimum target I set myself of one per week (approximately) and this is the first time I have managed to hit that target.  Still, better than nothing, here’s what’s on offer this month:

As usual I would highly recommend popping over and have a quick read, there is plenty on the site for gamers and hobbyists alike.  Enjoy! 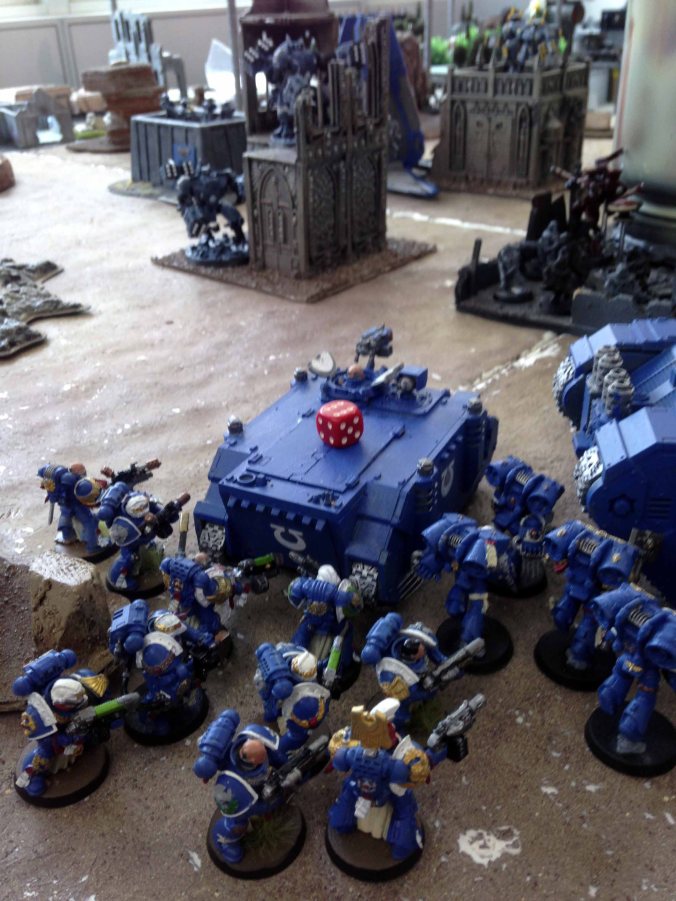 Mission Setup:
A series of lightning strikes against smaller, less well defended outposts in the outlying regions of Titan Prime by the Ultramarines have begun the slow process of sowing discord amongst the rebels and their Tau Allies. The dull thud of ordnance and the crackle of gunfire now echo sporadically throughout the planets verdant countryside.

END_OF_DOCUMENT_TOKEN_TO_BE_REPLACED 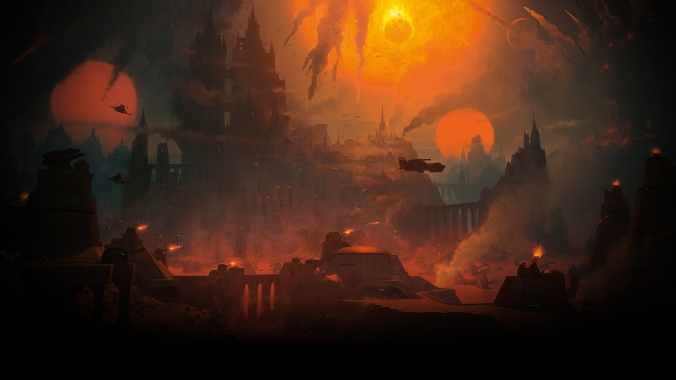 Sometime last year, I raised the idea of setting up a regular ‘league’ at my FLGS here in Hong Kong.  There are many regular gamers here, representing the whole spectrum of power levels from the WAACineers to the Fluff Bunnies, and everywhere in between.  To my surprise, there was no interest in a plain old league. Absolutely none.  The main reason for this was that leagues were a bit boring.  What people really wanted was a ‘Campaign League’ – something with a bit of narrative that they could sink their teeth into.

END_OF_DOCUMENT_TOKEN_TO_BE_REPLACED 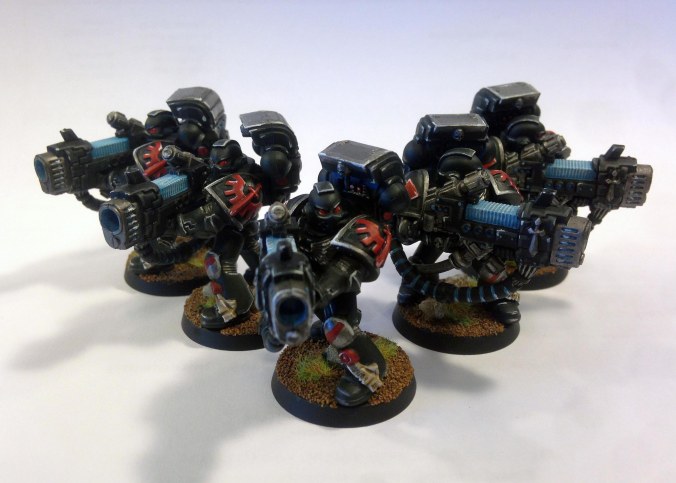 It’s taken a while, but progress is finally being made into the bulk of Dark Angel horde that is the Lions Blade Battle Company cheese! As Churchill once said, “it is not the end, nor the beginning of the end, but it is maybe the end of the beginning!”

END_OF_DOCUMENT_TOKEN_TO_BE_REPLACED 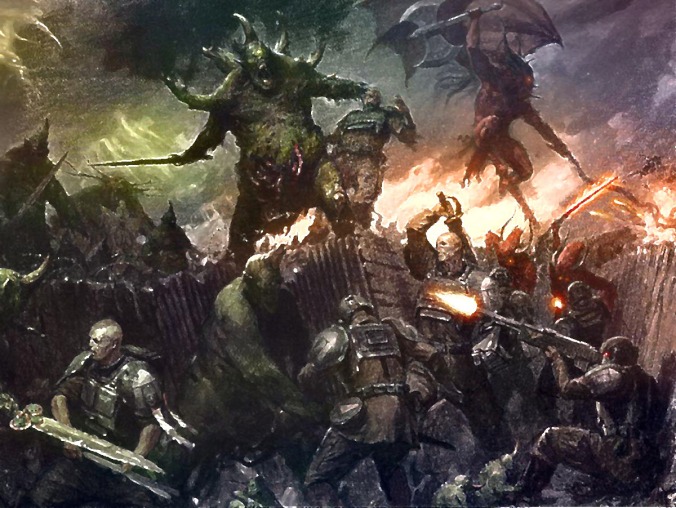 The soldiers’ uniform was covered in dust and scorch marks, his steel breastplate tarnished by whatever vile corrosive liquid had been sprayed across him.  His neck had been hurriedly bound with a filthy scrap of material torn from the sleeve of his left arm, itself nothing more than a cauterised stump.  A red stain blossomed beneath the rudimentary neck dressing, growing by the second.  He was dragged into the bunker unceremoniously by two flanking guards, each holding him under the arm as his feet dragged lifelessly behind them.  The soldier gazed around uncertainly, head lolling from side to side as glassy eyes flittered around the room.

‘Runner from the 82nd Sir!’ one of the guards announced.

Joens turned to regard the new arrival with an air of ambivalence typical of one in command.  ‘Well, let’s have it man!” he said tersely, addressing the stricken soldier directly.

END_OF_DOCUMENT_TOKEN_TO_BE_REPLACED 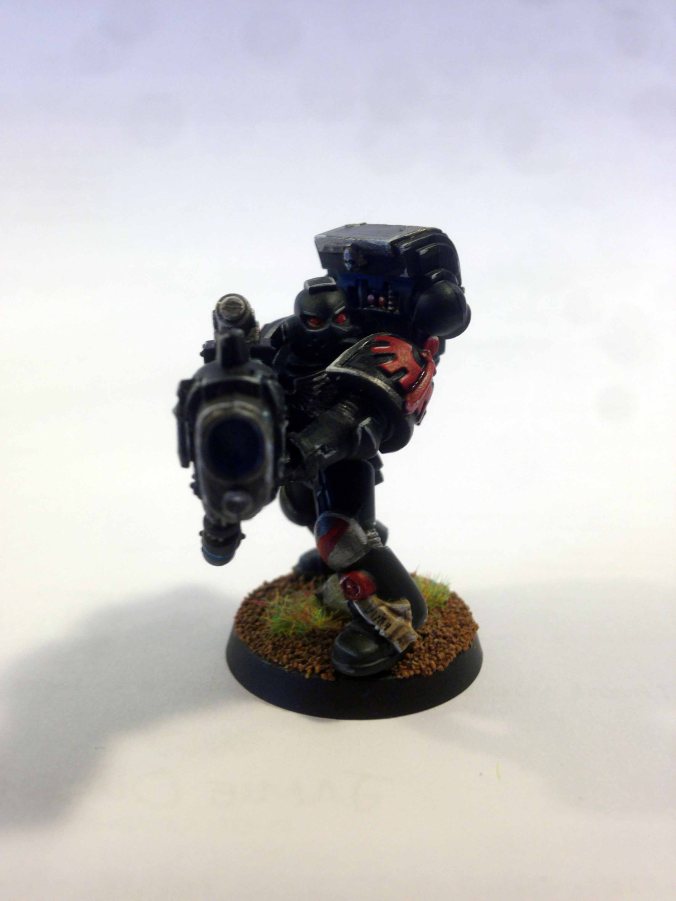 Progress on the Dark Angels is a bit slow at the moment, mainly due to all my spare time being dominated by baby related activities.  As a result, I have tried to focus on tasks that do not require much in the way of ‘batch painting’, as I am unlikely to get a solid block of time to crack these out at the moment.

So, on the larger scale I have finished all my modeling and have almost primed everything.  This is actually better than it sounds, as a lot of the vehicles needed little repairs, conversions or adaptions to bring them in line with what I wanted in the battle company. I will also be getting in a few practice games soon, and it will be much better if everything is at least painted black rather than grey, or covered in what I like to call ‘EBay Gakk’.  Photo of the primed horde to follow soon!

END_OF_DOCUMENT_TOKEN_TO_BE_REPLACED 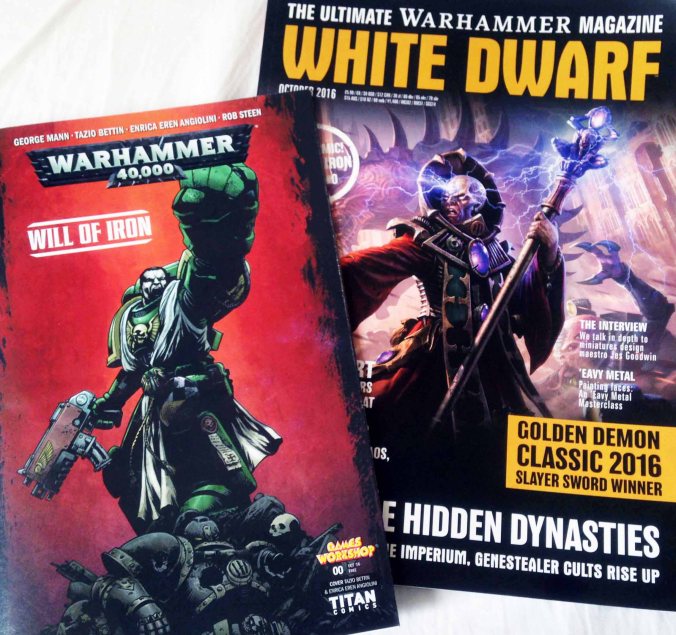 Having not bought a copy of White Dwarf in over 10 years prior to last month, I decided to break that run and give the much heralded ‘new format’ ago.  As you will see form the review I wrote for that issue, my feelings were that, overall it was a step in the right direction but it still had many problems to deal with and a long way to go until it was back to its absolute best.

Another month has gone by, and with it another has come another instalment of the venerable White Dwarf.  Has it managed to maintain the momentum of last month’s issue, or slipped back into the bad old habits of yestermonth? Let’s have a look… END_OF_DOCUMENT_TOKEN_TO_BE_REPLACED

Another round up of my articles over on Creative Twilight.  It has been another lax month, my excuse this time being that I welcomed a tiny human into the world!  As such have only managed to post two measly articles:

September 5th: A reveiw of the new White Dwarf

September 13th:   ‘If you go down the the woods today…’ –  Imperial Guard vs Tyranids Battle Report

However, I hope to get a lot more done this month as I will be spending more time at home with said tiny human!  As usual I would highly recommend popping over and have a quick read, there is plenty on the site for gamers and hobbyists alike.  Enjoy!